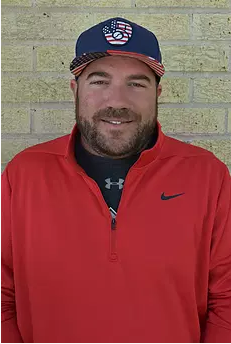 Mark Chagnon played for Orland Park Sparks Travelers from the ages of 10U to 16U.  Chagnon attended Providence Catholic High School in New Lenox all four years and was named All-Conference his Senior year of high school.  After high school, Chagnon attended Eastern Illinois University in Charlston and played under Coach Jimmy Schmitz all four years in the Ohio Valley Conference.  Chagnon was named First Team All Conference in 2005, 2006, 2007 and First Team All Region in 2006.  Chagnon was the top ten in career average on base percent and at bats for Eastern Illinois Panthers.

Out of college, Chagnon took a position as a hitting instructor at Swing Town Baseball Academy from 2000 through 2003.  He then worked as a hitting instructor at On-Deck Baseball Academy from 2008-2013.  Chagnon started his coaching career for Top Tier in 2015 and has coached 11U and 14U players.  Chagnon joined the DuPage County Hounds in 2017 as the 16U coach and continues to coach for Sean Osbourne and his youth organization which has been rebranded to The 643 Baseball Club.

To contact Mark for lessons please email or call: